Hover is building a future without tape measures with Salesforce and Plative!

“We honestly would not be where we are today in terms of our Salesforce instance without Plative.” 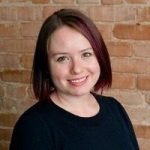 HOVER is based on a technology platform that was originally created for the U.S. Military Special Operations. In 2012, Hover began delivering three-dimensional maps derived from aerial photographs so the military troops could get a better idea of what they were walking into. They’ve now migrated that technology into a solution that works on a standard smartphone, and they’re using it to transform a market that has been notoriously difficult to change: home improvement.

As a fast-paced organization, Hover had previously implemented Salesforce but was looking for guidance to scale their instance to reduce technical debt, leverage business logic automation, and adopt 3rd party applications to refine and optimize their sales processes with customers accessing their estimation platform.

Plative re-implemented Salesforce Sales Cloud, along with Einstein Analytics and Salesforce Inbox to collect, process, and analyze data. The integration of 3rd party applications and the implementation of additional automation tools along with validation logic have set up for Hover to address their complex business needs to streamline account management, close deals, and manage their product offerings. During the partnership with Plative, Hover’s Salesforce architecture has continually been enhanced so that it aligns key best practices, allowing the team to be nimble and quickly adopt new technical solutions to reduce their sales cycle time while also ensuring that users can access comprehensive data in the database about who their customers are and how the business is performing.

Over the last 2 years of partnering with Plative, Hover’s architecture has been rebuilt and tailored to support the organization’s hyper-growth enabling them to apply their custom sales methodology as they build and manage relationships within the CRM. The enhancements implemented by Plative have allowed the Hover team to collect complete information as estimations are created, differentiate the key product(s) being sold, incrementally capture critical sales interactions and automate data entry steps as deals close.

Learn how Plative can help you put the power of Salesforce and Einstein Analytics to work for your company!