What Is Heroku? | Ask An Expert

Heroku was one of the first Platform As A Service providers beginning development way back in 2007. Offering containerized runtime environments – Heroku focused on creating an easy-to-use, developer-centric environment that abstracts much of the systems overhead and lets teams focus on writing amazing code.

Heroku was acquired in 2010 by Salesforce.com – the world’s most popular CRM. This was a strategic acquisition to help penetrate the gap between their customers Internal Stacks and their Cloud systems. It provides Salesforce to sell a value-added service that complements its core product while at the same time providing a one-stop shop for cloud architecture. 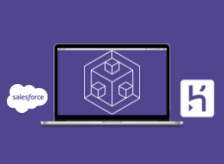 Ever wish you could integrate your database with Salesforce in a couple of clicks? So did the folks at Salesforce.

Heroku Connect offers a seamless real-time bi-directional bridge to your Salesforce data. No Middleware. No Developers. No Code. No API Call limits. Connect empowers Salesforce customers to leverage external data sources through a native integration that can be configured in minutes with an easy-to-use and intuitive UI.

External applications such as mobile applications, web apps & microservices can now access Salesforce data on demand simply by reading and writing to a Postgres database that scales. 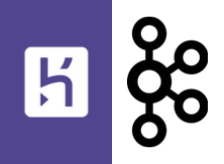 Need to get a handle on data & events? Meet Apache Kafka for Heroku.

Leverage Kafka to lay a scalable foundation for modern Event-Driven Microservices & Applications. Heroku abstracts away much of the overhead for running Kafka allowing teams to focus on what matters most. Configure, deploy & scale Kafka through an intuitive UI that screams simplicity. 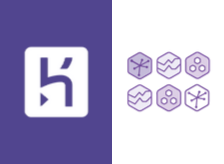 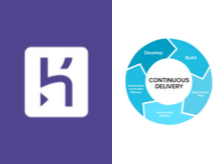 Heroku was built with developer productivity in mind and what dev environment wouldn’t be complete without a CI/CD pipeline?

Continuous Delivery allows teams of developers to work in short release cycles that safely automate deployments from the source.  Heroku Flow allows you to define multiple release pipelines that can be managed from a beautiful UI. Heroku CI integrates with pipelines and Git for automated testing & deployments.

Heroku Chatops allows teams of developers to easily collaborate and interact with Pipelines through Slack! Now your push to production can come with a Giphy! 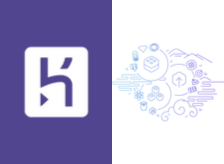 You may have noticed a theme here with Heroku. Simple, efficient, effective, and developer-centric. Keeping to its heritage and mantra spirit, Heroku Elements offers a smorgasbord of add-ons, buttons, and buildpacks for Heroku.

Data Stores, Email, SMS, Search, Document Processing, Image processing & so many more, Heroku addons offer a quick start to a wide array of services that are simple to use and launch.

Need a Yahoo fantasy bot? How about a Minecraft server? Heroku Elements buttons offer prepackaged solutions to many common problems. Whether you need a starting point or a quick demo — there are literally thousands of buttons that can be easily deployed and leveraged.

Heroku buildpacks offer over 5,000 packages that allow you to create the environment you need to get the job done. Spin up your stack in a couple of clicks and leave the rest to the good folks at Heroku. Need something special? Go ahead and create your own.

Ready to talk to a Heroku expert? Reach out to us today!

What Is Heroku? | Ask An Expert